Debby Stathes, who, like her husband Chris, is a member of TAM, presented the newly formed Havre de Grace Twinning Association on 4 February to the Havre de Grace City Council. The successful presentation was reported in a lengthy article in the Baltimore Sun.

“Twinning builds bridges between communities, hopefully creating enduring friendships,” Debby told the Council. She mentioned the similarities between Havre de Grace and Mumbles: “Historic lighthouses, an annual oyster festival, even establishments named Coakley’s” (although the one in HdG doesn’t sell seafood – and we haven’t yet found out what their one sells.) Debby also pointed out the differences. “Mumbles has a hilly terrain compared to the relatively flat Havre de Grace, and it has a historic castle. We can work on that, or not,” she quipped.

The presentation was well received and Debby was praised for her leadership. “Citizens like you make Havre de Grace a really interesting place to live,” she was told.

Mayor William T Martin said he was interested in travelling to Mumbles. “It’s a great talking point,” he said of the new twinning relationship. “It’s a cool thing to brag about that somewhere 3,000 miles away, we have a twin.”

The first ever official visit by a party from HdG to Mumbles, which will include Mayor Martin, is scheduled for September 5–9. The programme of events will include the signing of the charter of twinning between the two new partners. 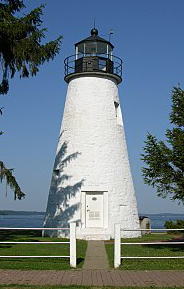 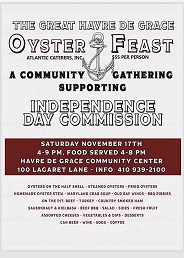 A lighthouse and an oyster festival in common …