Fast approaching is the inaugural visit by a party from Mumbles’ new twin town of Havre de Grace, in Maryland, USA, who will be with us from 5th to 10th September. Among the group will be William T. Martin, Mayor of the City of Havre de Grace, who, together with Carrie Townsend Jones, Chair of Mumbles Community Council, and the chairs of the two twinning associations, will sign the official Charter of Twinning in a short ceremony at the Swansea Guildhall on Saturday 7th September.

Our Maryland guests will be staying with hosts from TAM and we have lined up a varied programme of events and activities for them. They’ll be visiting Swansea University’s Bay Campus, “stumbling around Mumbles” on a guided literary walk with Lighthouse Theatre Co, and enjoying an awayday at the St Fagans Food Festival. On their last night they will join us for a twmpath at Mumbles Pier’s Beach Hut Café, featuring the Tawerin Welsh dance group, Delyth Jenkins’ early instruments group, the Hemiola Choir, guitar duo Bob and Con, and a guest appearance by fish and chips served up by the Copperfish restaurant.

Here are a few facts about Havre de Grace:

and crab harvesting industry, and an annual oyster festival. The most obvious difference is that Mumbles is hilly whereas HdG is quite the opposite. 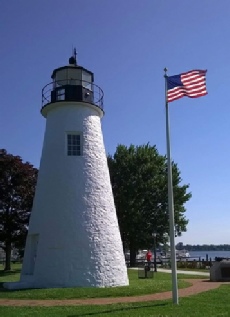 The Concord Point Light overlooks the point where the Susquehanna River flows into the Chesapeake Bay. 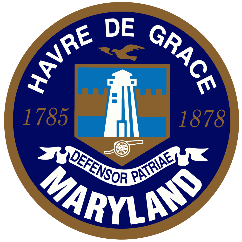