Everyone in TAM was distraught at the

treasurer and one of our most

longstanding members, had died after

an extended but quietly borne illness.

One of our partners in Hennebont

rightly described Julian as “a giant of

twinning”. Another from Havre de Grace

said: “A wonderful gentleman, a sweet

soul and a fabulous host. His memory will

be truly cherished around the globe.” He

helped to make possible so much of what

TAM has become today, persuasively yet

quietly and with dignity. One TAM member

referred to missing Julian’s “laconic and

naughty humour” – that too was perfectly

expressed. He will be enormously and

with Ann and their family.

The private funeral was on 13th July. All donations went to RNLI Mumbles, Julian’s nominated charity. TAM was represented by Anne Winks, our Vice-Chair, who wrote the following moving tribute to an old friend:

“On July 3rd I had the honour and privilege of representing TAM at Julian's funeral service. The Covid situation meant that the attendance was very limited. Nevertheless this made it more personal and touching, with the memories and tributes from his sister, daughters and grandchildren. Their love and pride for their brother, father and grandfather were palpable, portraying a much loved, dedicated, highly talented family man with a quirky sense of humour, quick wit, many talents and abilities. A real polymath, he had many interests and there are many organisations which will miss the contribution and support he made to their running and success.

We will miss him in so many ways. His attention to detail, his problem-solving abilities, his organisational skills and of course the wonderful hospitality by both him and Ann. Above all else he was a force for good and fair play, a measured, enthusiastic, motivational person and a good friend. He will be much missed.

Farewell Julian, we will remember you fondly.”

Anne Winks and all your friends and associates in TAM 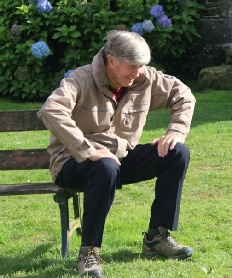 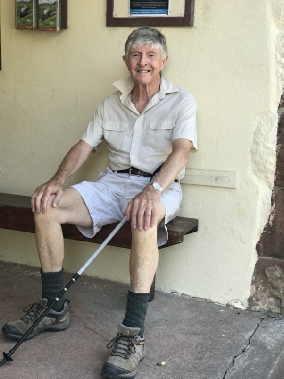